Once again the Africa region will not be able to produce enough food. In Kenya, as is the trend globally, the number of malnourished will increase. Experts believe that unless food is produced locally, the cycle of malnutrition which directly contributes to immunodeficiency cannot be broken. We believe that Spirulina has the potential to amend this by offering essential nutrition and more to those in desperate need. 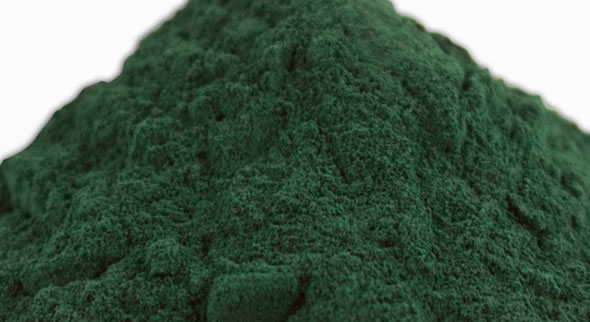 What is Spirulina?
Spirulina, ‘the best food for the future’ (United Nations World Food Conference, 1974), is a microscopic plant that grows in alkaline water.

Health Organisation who state that:
“Spirulina is an interesting food for many reasons, richness in iron and proteins, among others, and it can be proposed to children without risk.”

Intensively researched since the 1970’s, Spirulina has been approved as a health food by both World Health Organisation and the Food and Drugs Administration of the United States.

About the Spirulina Project
This project was started over a year ago and sprung from two main ideas: first, to use the advantage of the exceptional climate that exists in East Africa to grow a locally suitable food, and second, to explore the most practical way of creating a business model based on strong ethical and social values.

The project aims to initially promote the use and acceptability of Spirulina at all social, economic and nutritional levels – whilst still developing the optimal technologies for its cultivation. From growing techniques right up to the drying and processing, IODR Spirulina is creating the appropriate technology and also remaining community focused and local in order to be sustainable. This technology is subsequently being promoted and extended to allow poorer communities in Kenya to adopt such farming practices, for food but also income generation.

At present IODR Spirulina project has successfully helped set up a research and cultivation project at Masinde Muliro University in Kakamega, and shared with other organisations the design of a highly efficient commercial application solar dryer. In turn, the success of this project is owed to an international team of well-wishers, scholars and scientists who have dedicated their lives to the research and promotion of Spirulina.

In order to meet the objective of acceptability and use, we require partnerships with NGOs who have a local and national outreach and can ultimately distribute Spirulina at a subsidy to marginalised societies – those who really need it. We believe that such partnerships coupled with the supply of high quality IODR Spirulina can achieve tangible results, which cannot be achieved singularly. By just adding a few grams of Spirulina to the diets of those ailing and malnourished, one can see the positive effects of good nutrition in just a few days.

Donation: £10 will correct severe nutrition for 40 children in a few weeks